All the night Creatures crawled up to my desk ~ & I wondered…

What Creature am I in their language? The one with the touch of Death or the God with untimely sunlight ~ as bright as a snowfall in the raging summers?

They keep coming back, I don’t think they’ve a name for me.

Sometimes, a shadow looks like my Father hiding behind the door,

At other times, it metamorphoses into an old hag that laughs at me while I read the ‘Articles’ of the ‘Constitution’ aloud…

& Even the night Creatures laugh – at a nameless horror; but I only defined ‘Democracy’, I only swallowed a slice of cake and brushed aside this noisy mosquito.

Hey y’all!
About 2 months ago I mentioned in one of my posts that I was going to talk about my apprehensions on moving to India. So, here it goes.

1. Nostalgia.
I don’t think there’s a way to avoid this. Every minute I breathe, eat, or talk there’s going to be an inevitable wave of nostalgia making me homesick. Though I’m sure I’ll get over it with time.

2. Time.
Okay, I swear to God time flies in India! Days seem longer than nights which is really upsetting to my routine since Saudi Arabia is all about night life. It’s always a major problem during Ramadan when I’ve to fast, time never passes quickly.

4. Traffic.
Drivers rarely honk here unless of course we’re stuck in traffic. I go deaf when I’m travelling by road in the city in India.

5. Al-Baik.
This is a fast food chain found only in Madinah, Makkah & Jeddah (if I’m not mistaken) that most of us have been eating since childhood. No fast food outlet can replace Al-Baik. Ever.

6. Cotton Candy.
Okay so this is prolly just a figment of my imagination. Cotton candy is my favorite ice cream flavor at Baskin Robbins. The last time I tried it in India it wasn’t as sweet as it is here. I really hope it was my taste buds lol.

7. Competition.
So, growing up away from the country & studying in an Indian school we’ve been told by our teachers that students in India are way more competitive than us. We’re literally made to feel like losers.

8. Ice-rink.
Does anyone of you know of an ice-rink in India? Particularly in the North. Do let me know. Because I really haven’t seen/heard about one there.

Well, half of the points I mentioned above are irrelevant. All I can say is I’m looking forward to this drastic change even if it means that I’ll have to adapt to a new lifestyle.

And I didn’t feel the need to mention my love for the two Holy places that I’m going to regret leaving forever.

I feel agitated every time I watch the news. She’s disrespected in every possible way. Candles are lit once her eyes are devoid of light. In the spur of the moment the whole nation comes to know of her existence. I pray that this kind of fame befalls upon women no more.

After the deed is done myriad of posts are updated in the name of condolences & budding poets emerge. Words filled with sorrow & angst spread across cyberspace like a tsunami flooding the minds through heart-wrenching poetry.

As a writer I’ve done my bit too in order to erase chaos in my own way through words.

But times like these scare me. I can’t pin down the feeling that I’m not doing enough. No, it’s not my responsibility to save every woman from evil doers but it’s my worst nightmare. In times like these neither ink nor do candle marches suffice. While I sit here writing this under the cover of a peaceful night, darkness encompassing devious intentions engulf yet another life.

I can’t write about a prey falling victim to a ravenous predator over & over again. All the majestic names this country has bestowed upon her cease to exist as one word arises, ‘Rape’ – not just of her body but her soul, independence & spirit.

Give me hope to write & dignity to encapsulate my words. Rid me of my fear that lingers as names succeeding the phrase ‘#Justice For______” keep increasing day by day.

Before inks run out replacing blood, candles are distinguished for worse & dignity lost forever between hands that deign its worth, rekindle her stature by taking a just stand against immorality that has prevailed long enough.

It was one fine morning until signs of downpour marked the vast expanse called sky. Mr. X decided to take his umbrella along with him. To tell you the truth it doesn’t really matter if it’s raining or not, Mr. X always carries his umbrella whenever he goes out into the world. Firstly, it keeps him from getting sun burnt & secondly, it obviously protects him from rain drops. That’s just the way he likes his life; protected & safe. Every time he sees someone passing by without an umbrella over his head, he rushes over to the person & starts telling him the benefits & uses of walking under an umbrella, particularly the one he carries; a red one. Now to the strangers dismay, he doesn’t bother to find out whether he asked for his opinion or not. What if the stranger just wants to enjoy a little drizzle?
One day Mr. X, the man with the red umbrella stumbles upon Mr. Y, the guy with the green one. Both of them start arguing furiously about how their choice of what prevents raindrops from making them sick is righteous compared to the other. Amidst their ferocious attempts to bring down one another, the sky darkens & black rain drops fall on the face of earth. Each drop caters to a black ocean that consists of tides arising every now and then as umbrellas of various colors strengthen it. But this black ocean shouldn’t surprise you, right?

The colorful umbrellas I’m talking about are various religions we are born into. Some people like Mr. X & Mr. Y make the process of co-existing a tiresome one. Advices are offered to those who don’t share their beliefs or follow different paths. The black ocean of hate is the result of not letting our differences subside.

My inspiration for this post comes from a blogger who decided to share some of his personal experiences in one of the posts. Make sure you check it out & the blog, of course.

Even most people from my religion are biased towards others. I wonder why we can never put that aside and coexist. Interested people will join themselves, what’s the need to convert?

If there’s a message to be spread, it’ll spread by itself as people are observant.

Let’s start believing in ourselves first. 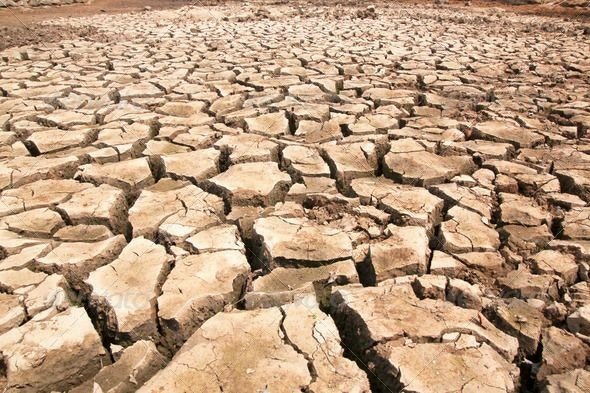 Winsome eyes once bore,
A dream now distorted.
They saw a family of four,
But her fertility retorted.

Society labelled her ‘barren’,
Restricting her existence.
With falling tears she is laden,
Asking God for repentance.

Her shreiks reverberate,
As She yearns for a baby.
His utmost hatred sedates,
The mind of a useless lady.

Her precious heart,
Is never their concern.
For not playing her part,
She will always be shunned.

If a woman is childless, does she become unworthy? If she doesn’t have the ability to give life, is it permissible for the society to torment her mentally?

What will you do if your daughter, sister or wife is barren? Would you rather let her drown in guilt for a cause that was never her fault or stand by her side?

If the purpose of a woman was to only give birth & ensure continuous survival of mankind, then they would be no more than a baby-making factory.

I think Indians are way better than Pakistani’s considering the fact that we’re all so diverse & straightforward. All our neighbors care about is hurling insults at us. They can’t help but put the blame on India no matter what the situation be. They’re racist to the core. I’m pretty sure the points I mentioned above should suffice to prove my Nationalistic Pride.

Don’t you agree with me too? No? That is great. But if you do, please keep reading.

Growing up in a country other than India or Pakistan gives you enough exposure into various cultures & ways of life. I’ve met some of my family members who left India for Pakistan during the partition decades ago, in this foreign land.

Being an Indian, what comes to your mind on hearing about Pakistan? To tell you the truth the first thing on my mind is my childhood friend who is Pakistani. We literally grew up together. People would often mistake us for sisters. We studied in the same school till 5th grade. We often had little fights as children over India & Pakistan, both of us trying to prove our country’s better. As we grew older we would discuss at length about our cultures & similarities.

I remember going to my cousins place. They are from Lahore, Pakistan. My uncle would get quite racist at times. While all women would talk about clothes & fashion I would sit on a chair in the living room listening to men talk about politics. The fact that my uncle completely ignored was that we were Indian yet he would go on incessantly insulting India. My dad never said a lot during these conversations. He did speak when my uncle wouldn’t stop. But he was always polite.

Some of my Indian friends fathers support the Pakistani cricket team because they’re Muslim. It makes me laugh every time my friends vent out their angst against their fathers at school.

I think cricket is one game where people should support their own countries. It is abnormal to support some other team based on their religion.

Besides sports there should be no place for segregation of this kind. It makes me sick to see people with such mindsets.

One of my Pakistani uncle even said once that why was Pakistan made. At that time we simply laughed. But later I realised it was wrong. No country is perfect & neither are its citizens. Statements like these shouldn’t be uttered. It’s wrong to say such things about ones own country.

I understand that India & Pakistan were separated from each other. Putting blame on one another is useless at this point. Who is better than who, kon kiska baap hai? Notions such as these are of no help.

True nationalistic pride lies in firstly, respecting your own motherland and secondly, giving the same respect to other nations as well.

I was also shocked when one Pakistani, on realising we were Muslim said, “Oh, you’re Indian Muslim?”. I suppose that reaction was out of ignorance but still it was quite unexpected.

I’m an Indian Muslim and a proud one. I don’t hate Hindus. My Pakistani friends have had misconceptions about Hindus but I always tell them that they’re people too, just like you & me. A mere difference between religion doesn’t make them or us monsters.

At the end of the day, there are good people & bad all around the globe. You can choose who you want to be. It’s not religion or nationality that influences their nature, it’s their thinking & how they see other human beings that makes them good/bad.

All the incidents mentioned above have actually happened. I’ve seen people with different viewpoints which I respect because they’re free to speak their mind. However, so am I. The only purpose behind this post is to depict how we’re not really that different. At the end of the day we’re just people, bones & flesh on either side of the border.