I want to be an openness bending at the tip of the sunlight falling on my back. But I’m also afraid of burning in my own fire.

I carry my hostilities like a poet who adores perspiring on a hot sunny afternoon in the arms of an old monument that houses some grand secrets only he can see – and I can’t unsee. I’ve been his muse and his monument – sometimes a pillar draped in silk.

I yearn to be a vastness, much wilder than the blue skies. Someone once told me that I was silly to think of blue skies as wild, and I only laughed. How can you not see the calm that has rained, birthed storms and swallowed deaths? I realise that it’s indeed silly of me to think that people would see how I manage to carry this calm.

I don’t burn in my own fire. I invite other’s to ignite my flame so that I can master my art of living for others – because what is a woman without a role?

Simply a human? No, that is deeply silly of me, indeed.

So yes, day 9 is over, where I live and I really did not want to break my flow. Hence, I quickly looked up this enthralling work of art to inspire me today!

This one is a take on gender roles – particularly the one’s attached to a woman. It takes inferences from the Indian culture as well and the thinking of a family/culture-oriented woman who is made to feel suppressed because of her desires for freedom.

Sometimes, things that reflect a particular emotion aren’t exactly what they’re composed of, the blue skies for example that are not always blue or calm, for that matter.

I always feel that seasons and nature is a very great way to deeply understand human emotions in a poetic light. Hence my obsession with them is pretty evident in this piece too!

Thank you for reading, have a great day/night! 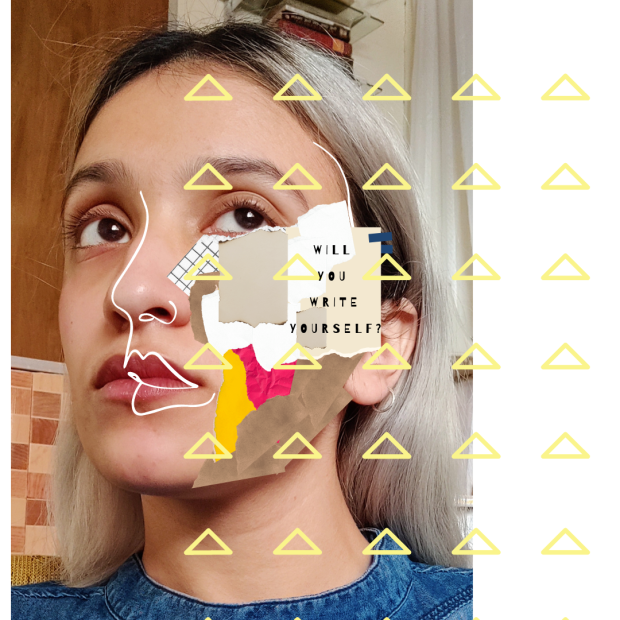 If the heaven was the eyelash that stole my wish

If it was the candle that I blew on days I lived,

Then I want to write my own goddamn History

In an abyss that reeks of an unending staircase,

I hand my sins to you, so you may decide my grave

I fall as I fly, unto the blue skies~

re-writing the tears that have forgotten how to be a poem. 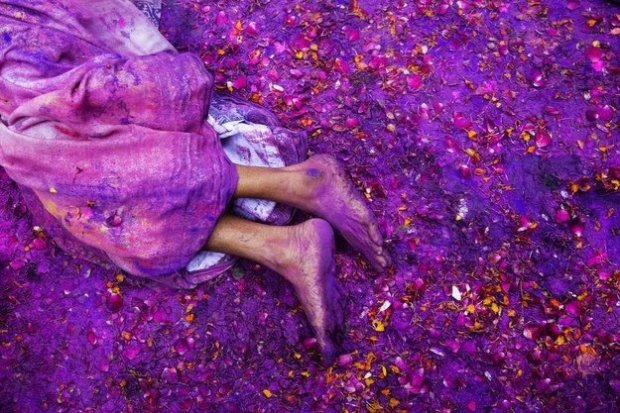 All the colors she’s living,
Black, tangerine & pink.
Is his majestic giving,
For as long as he lives.

Once death meets man,
She’s stripped of her hues.
Bangles taken off her hand,
She sings the lonely muse.

Pushing her into the fire,
They send her away to him.
Colorful bangles she admired,
Now pierce her naive skin.

With wrists covered in blood,
The fire wraps around her.
The death of a man she loved,
Becomes her ultimate curse.

The practice of Sati was quite common in India till the British invasion.

Even though it was initially tolerated under the colonial rule, protesters like William Carey(Chritian missionaries) & Mohan Roy(Hindu Brahmin) led to a ban on this immoral practice where a woman, on the death of her husband would commit suicide by burning herself, whether she wanted to or not.

“The red sindoor on her forehead and in the parting of her hair, one of the signs of marriage, is wiped clean. In some cases, all her jewellery is removed and her glass bangles are smashed. Other traditions, that are thankfully becoming less common, include shaving the widow’s head and giving her a ritual bath, after which she may be forbidden from wearing colourful sarees. She will only be allowed to wear white or pale colours.”

Even though all or most of these practices are illegal now yet it’s not uncommon to hear about the prevalence of such rituals in rural areas.

Apparently with the death of a husband a woman loses all rights to live a colorful life.

When did jokes become,
An inherent hub of racism?

Why do inane gender roles,
Have to play a part in jokes?

About equality you preach,
Yet your joy lies in racist memes.

His eyes are so narrow, you see,
He surely has to be Chinese.

An accent so very deep,
Must be an Indian, I believe.

Their crimes have been perceived,
Because slavery led to thievery.

Communities are on the brink,
Of destroying their binding link.

But one crucial link surviving,
Is the reason you’re still laughing.

Don’t you feel a fiery hole,
Burn in the middle of your soul?

Are these words really funny,
Aren’t they a bane to humility?

This poem may not be perfect but the issue for which it has been written will forever be a great concern. How often do we come across jokes targeting a certain section of society, color, race & gender?

We all need something to laugh about to destress. But does it have to come at the cost of racism, sexism & colorism?

Hypocrisy & stereotypes are two most disgusting loopholes in our society that people turn into jokes & laugh about.

It’s not funny to degrade someone because of who they are. Stop laughing at these so called ‘Jokes’ before you end up becoming one.

A very quintessential trend has come into existence that stems from Feminism which, as most of you are already aware of, has been a movement led by women when centuries ago they were still fighting suppression, which is unlike the actual movement.

Equal rights were, without a doubt earned years ago but hints of suppression can still be found in today’s ‘modern’ society.

Well, let’s generalize first and then come to the point. What is the younger generation like today? If I’m not mistaken, we want to prove our point without taking into consideration whether we’re doing it the right way or not. We feel the need to justify ourselves when patience & silence can do it way more efficiently. There’s passion, aggression & disrespect but for all the wrong reasons. On top of all this there’s lack of in-depth knowledge but everyone has something to say whether or not they’ve done their research.

I’m not against feminism. But I don’t support Feminazi’s destroying the whole purpose of a peaceful movement that seeks to bring equality between men & women. If he can, why can’t she? Is the question that has been answered. Now, you need to find a method for implementation.

Bringing your male counterparts down isn’t an answer. It’s simply repeating history, making them go through what you did decades ago. Provided that we differ in our physical strength history can’t entirely be repeated obviously. But such useless attempts to bring equality can take a toll on mental health which, both men & women are prone to.

Let’s rephrase the questions according to this century, What really is feminism? What is the suppression women went through decades ago & what is happening right now? Are all men the same? Does having an anti-male approach really help? Will proving one gender’s superiority over the other cater to a solution?

I think what we need now is Global Equality. Even if men & women are equal there are so many grounds on which we remain separated namely, race, religion, etcetera.

Uploading statements like, ‘All men are the same’ as soon as news of a rape victim appears on your screen is not feminism. What are you willing to do for women & equality in the real world, where real problems exist?

It’s easier to show support, hate & sympathy online. The advent of technology is inherently an advantage without a doubt as long as we know how to deal with life, movements, equality & gender issues when we go offline.