It’s a dream that many see yet few actually get the chance to achieve it. A common notion exists that only exceptional beings deserve something like this. 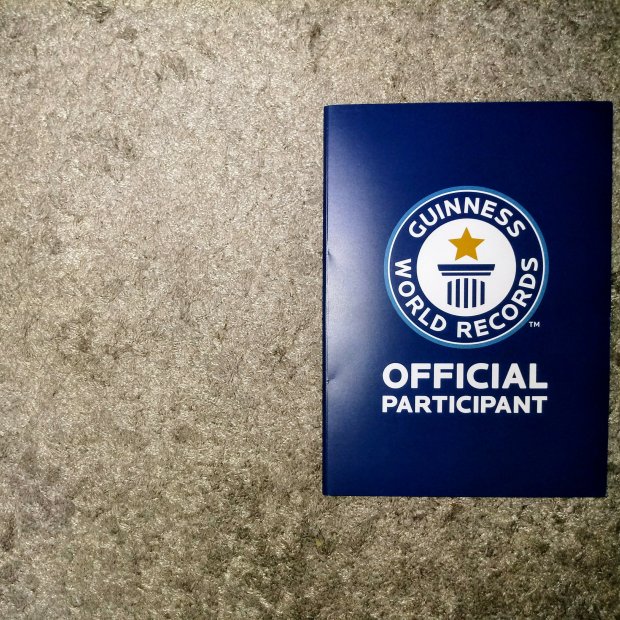 Were the 4,500 people without whom this achievement of mine would be impossible really that exceptional?

14 November 2017, a day marked in the history of International Indian school, Jeddah. No one will forget the batch that made it possible.

The scorched sun adamantly sucked our energy as we stood holding placards above our heads. Our hands were stiff with pain but we never gave in.

It was not surprising to hear that a girl or two had fainted due to excessive heat & dehydration.

As we stood on our marked spot there were apprehensions that dug their way in the back of our heads. Before approaching our school the party that organised this event made students of International Indian school, Dammam go through the same. But they tried & failed hence we were their second chance. Students were hopeful yet many held the belief that we were no different than our distant cousins, students from Dammam. It was a paradox in itself.

But the moment arrived that finally declared us the winners. Even though we felt weak & tired because Jeddah’s heat is no joke, there was a wave of shouts & hoots that shook the venue.

Soon excitement turned into something pointlessly ugly. Words cannot suffice to create a picture of what I saw that day but I will try my best.

The cloudless sunny sky witnessed the strangest downpour ever. It fell with a huge thud initially somewhere in the back. In the blink of an eye what followed was a havoc. Flying placards fell on our heads from all directions. Even though it lasted for about 5 minutes yet the feeling that we were in a war zone persisted.

My only self-defence was the placard I covered myself with to avoid getting my head smashed. While my alertness & quick thinking saved my head that day, many of my classmates ended up being hospitalized. One of my friends blacked out right in the middle of the ground.

Some said it was girls who started it all & boys simply decided to return the favour. All the victims of this horrendous turn of events were girls. Others believed that boys should’ve stopped throwing when they saw people getting hurt. Whatever started it didn’t matter as much as injuries suffered by these students.

The dream had come true with a nightmarish outcome. 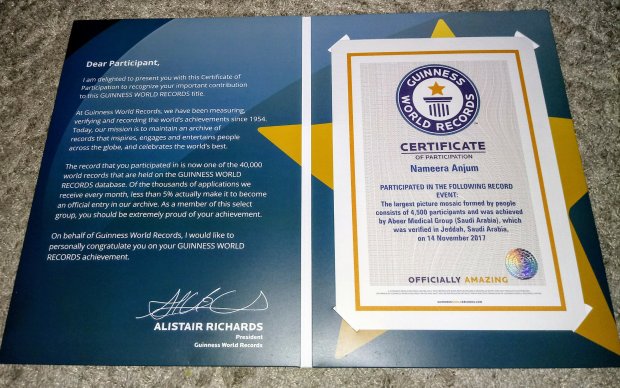 A briefing about the world record :

“Officials of Abeer Medical Group, a leading healthcare provider in the Middle East, joined 4,500 students of International Indian School Jeddah (IISJ) and their mentors in celebrating the fantabulous achievement of entering the Guinness Book of World Records by forming the world’s largest human mosaic“.

“The students formed the largest picture mosaic on the World Diabetes Day on 14 Nov. 2017 as part of Abeer Group’s mass corporate social responsibility campaign against the health hazards of diabetes“.

You can read the whole article here. 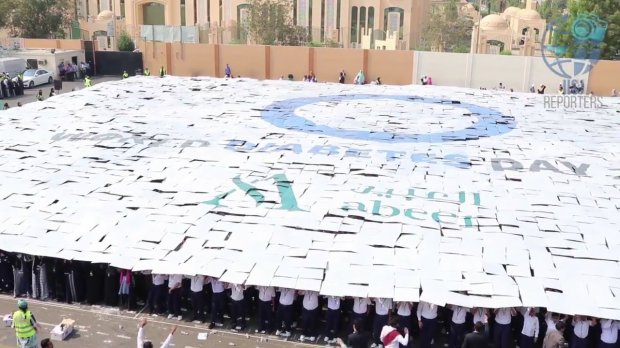 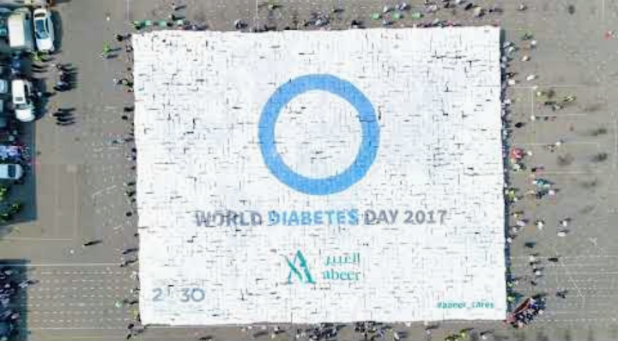 A 21 year old dreamer, lost in the world of poetry. View all posts by Nameera