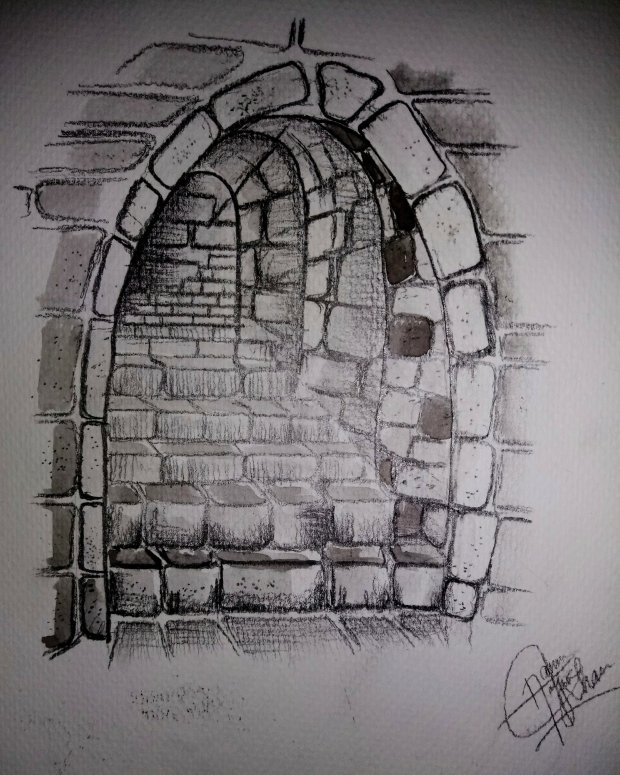 He had entered lost territory, a place where no man has dared to venture. The place was in shambles with walls smouldering into blackness where memories bled at night as she closed her eyes. The grey atmosphere filled his lungs with despair and a longing for the warmth of sunshine. Instead of a garden of roses he found himself in a forest of thorns slowly consuming his conscience. Bit by bit he let her overpower him until his breath got icy and the cold in her soul latched itself to his heart.

The ground under his feet crumbled as she devoured him head to toe. As their souls became one, the castle fell into ruins.

The history was lost between pages of a book never written. Their bodies lay beneath ancient bricks with poetry carved deep within their souls, leaving flesh meaningless.

A 21 year old dreamer, lost in the world of poetry. View all posts by Nameera